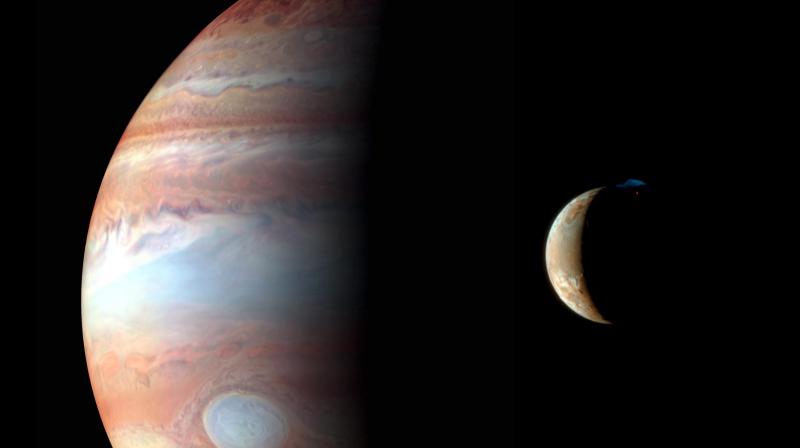 A dozen new Moons are found around Jupiter, and now the total number of moons known to be 79, most of any other Planet in our Solar System, astronomers said.

One of the new moons was described as a “oddball” by researcher Scott Shepherd at the Carnegie Science Institute, due to its small size of almost one kilometer. It also “has orbit like no other known moon of Jupiter and is its smallest known moon,” he added.

The strange moon takes about a year and a half to travel around Jupiter and its orbit is tilted that intersects with many others moons traveling in a retrograde or in the opposite direction of Jupiter’s rotation. The little moon, along with two other new lunar discoveries are orbiting in the same direction as the rotation of the planet.

Astronomers have proposed the name “Valetudo” for the strange moon, as the great-granddaughter of the Roman god Jupiter, the goddess of health and hygiene.

The Italian astronomer Galileo Galilei discovered the first four of the moons of Jupiter in 1610.

The new moons first appeared in 2017, with the help of a telescope based in Chile and operated by the US National Astronomical Observatory.