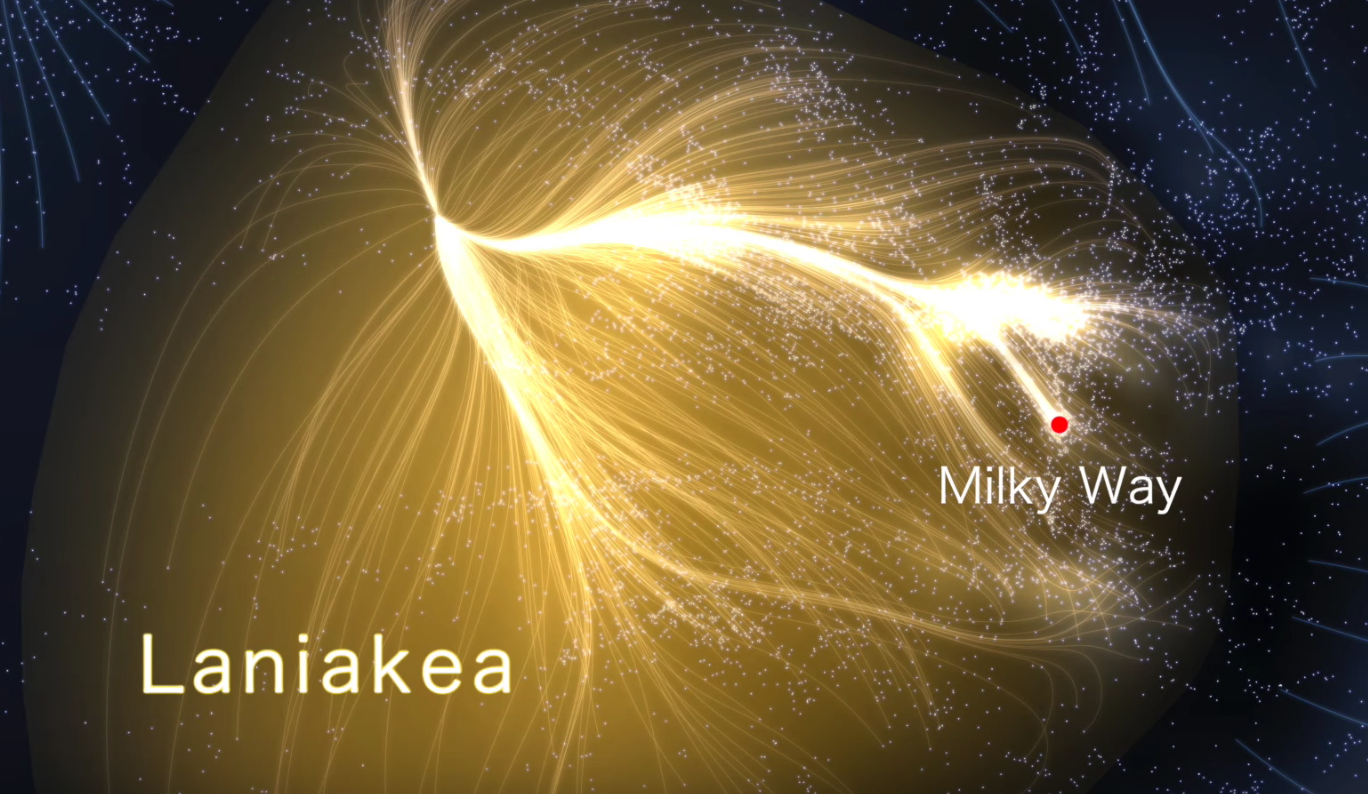 Group of astronomers have discovered that our own Milky Way galaxy inhabits the outskirts of unknown, until now, massive galactic supercluster, reports the Nature magazine. They named it Laniakea that comes from Hawaiian and means “immeasurable paradise”. (watch the video bellow)

The discovery was made with the help of a new mapping technique that combines not only the distance between neighboring galaxies, but their relative motions. The technique has allowed astronomers for the first time to clearly delineate exactly where one supercluster of galaxies ends and where another begins.

The new map shows that the Milky Way  among with the Virgo galaxy cluster, and about 100,000 other galaxies are gravitationally bound in a huge cosmic body – Laniakea.