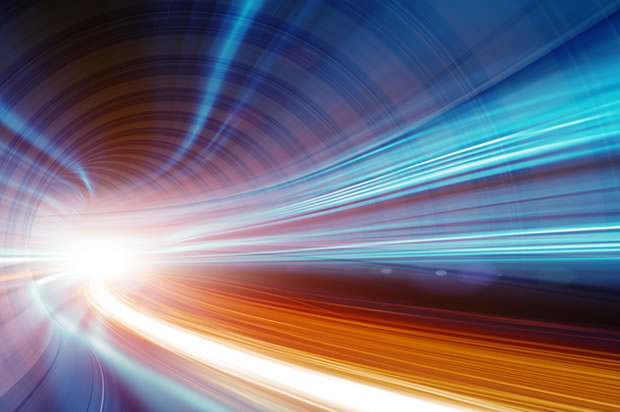 Perhaps all you have heard at least once the expression “Speed of Light”. If you are from those who know that this is something very fast but  do not know how much actually, I will say that it’s about 300000 km/sec or  670,616,629 mph (miles per hour) and that is the speed of the photon – the only particle with no mass, and will add that there is nothing faster than it. In fact, because we see thanks to photons that pass through our eyes,  if their speed was much more slower we would see everything around behindhand. It sounds interesting and fun, right?

Well, let me tell you that we have done this many times. Specifically, each time we look at the Sun we see it the way it was before 8 minutes. This is because the photons that goes from the Sun pass the distance to Earth (149,598,000 km) for about 8 minutes. There is something ironic in the fact that if the Sun suddenly goes off (don’t worry  it’s impossible) at this moment, we will still see it shining for more 8 minutes. 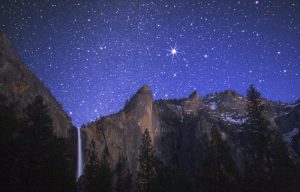 But let’s look a little bit more back in time. Let’s look at the night sky. Every time you look there,  your eyes have been hit by photons that have travelled thousands, millions, even billions of years. For example, when we look at the Orion Nebula we see it with 1344 years delay. And looking at the star Sirius, we see it as it was 8600 years ago. If you have a telescope and look to the closest galaxy to us- Andromeda, actually you see it as it looked  2.557 million years ago. At that time the humans were not even exist.

It becomes even more interesting when we look at spiral Galaxy NGC6384 which is about 80 millions light years from us. Let’s choose a star from this Galaxy and assume that a Planet with advanced civilizations is gravitating around it. So if this aliens point a mega powerful telescope to Earth at this time what they will see is not our modern cities, but galloping dinosaurs. Yes at this time.

So in the Universe continually are passing photons of different ages. One of the most interesting photons that we know comes from the Star GRB 090423. And what makes them so interesting is that they have travelled  13 billion years to reach us. It’s only 700 million light years after the Big Bang! GRB 090423 is one of the first stars in our Universe. When the light from that star left and start travel to us,  was no Solar System yet. Light has travelled 9 billion years before the Sun to appeared and shortly thereafter the Earth. Amazing, yeah?

The telescope can not carry ourselves back in space time, but each time we look through the eyepiece we inevitably see in the past. Sometimes even close to the Beginning of Everything.

3 thoughts on “Speed Of Light”