More than a hundred years ago an extraordinary mechanism was found by sponge divers at the bottom of the sea near the island of Antikythera. It astonished the whole international community of experts on the ancient world. Was it an astrolabe? Was it an orrery or an astronomical clock? Or something else? 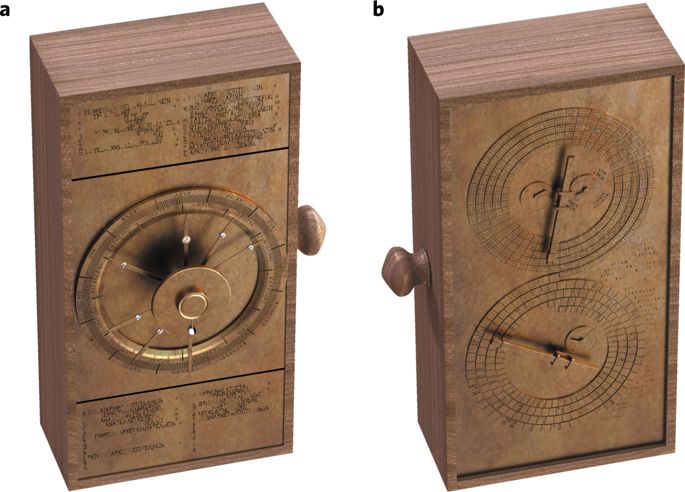 For decades, scientific investigation failed to yield much light and relied more on imagination than the facts. However research over the last half century has begun to reveal its secrets. The machine dates from around the end of the 2nd century B.C. and is the most sophisticated mechanism known from the ancient world. Nothing as complex is known for the next thousand years. The Antikythera Mechanism is now understood to be dedicated to astronomical phenomena and operates as a complex mechanical “computer” which tracks the cycles of the Solar System.

Previous Antikythera researchers have used the latest technologies available to them -such as x-ray analysis- to try to begin to unravel its complex mysteries. From 2005, a new initiative is building on this previous work, using the very latest techniques available today. The Antikythera Mechanism Research Project is an international collaboration of academic researchers, supported by some of the world’s best high-technology companies, which aims to completely reassess the function and significance of the Antikythera Mechanism.

You can see what exactly is the Antikythera Mechanism, what does it do and how does it works in the following video:

If you want to see more about this ancient device , how was discovered and how was rebuilt, then click HERE and watch the Full HD Documentary movie.