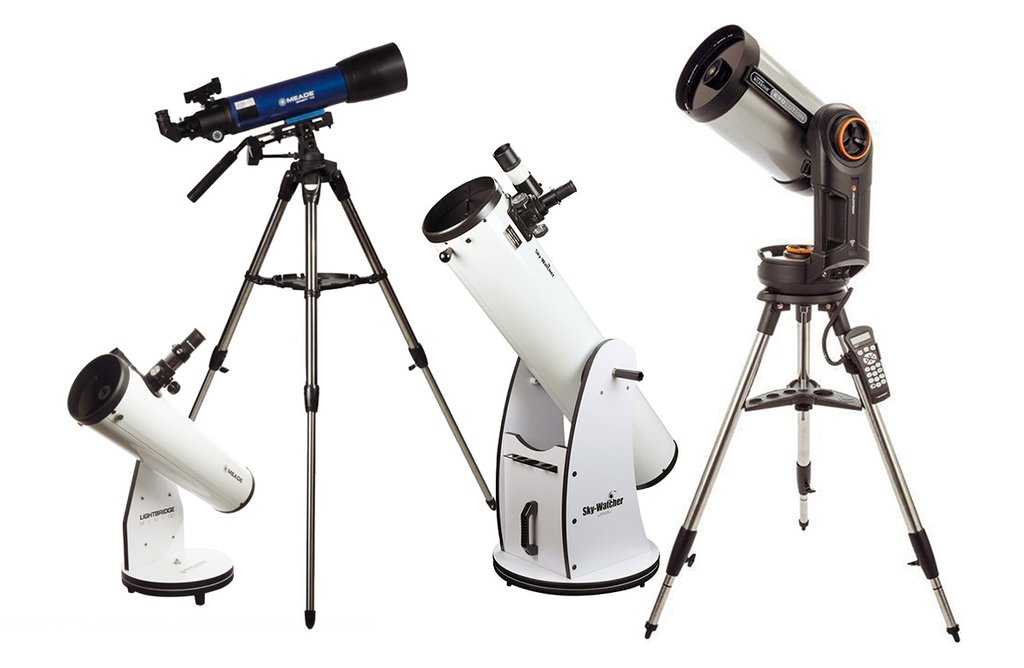 The Beginner’s Guide to Choosing a Telescope

Thinking of getting your very first telescope? It can be overwhelming when you first start searching because there are so many to choose from. It’s so easy to get caught up in the excitement of a new telescope that you might not stop to think about how practical it will be for your lifestyle. But if you arm yourself with a basic understanding of different telescope sizes, types, and mounts, it will be much easier to pick a telescope in your price range that you will get the most use out of.

To make that choice easier, we advise you pay attention to only a few important factors that suit your needs and budget. They are:

Aperture of a Telescope

Telescopes rely on the principles of aperture to help people see far-off objects in space. Image quality and magnification all start with the aperture, which is very different from the kind found in cameras. Telescopes have two basic jobs – to collect light, and to magnify images. That second job depends entirely on the first, so in order to build a quality telescope, a manufacturer ensures that the device can gather as much light as possible. A larger aperture means the scope has more light-capturing potential.

With telescopes, the term aperture doesn’t refer to an opening as it does in cameras. Aperture indicates the diameter of the main optical element, which is either a lens or a mirror. As the aperture size increases, more light enters the scope, making your target objects to appear brighter. This results in better visual information for your eyes, and means that you can see fine details and faint objects in space that a telescope with a smaller aperture would miss. Thus, provided it’s made with high-quality construction methods and materials, a large-aperture telescope creates superior magnification and extremely sharp details.

Unfortunately, many future astronomers think that getting a telescope with a bigger aperture is the best possible choice. In fact, things are not that simple. If your decision is based only on the size of the aperture you will probably get a huge telescope that collects dust in a forgotten corner of your closet.

Ask yourself, where you are going to use your telescope. If the answer is in the backyard, then a large and powerful telescope will be the best choice for you. If you would like to hang out away from the city lights, and enjoy the dark night sky, then you definitely need something more compact. However, remember that the assembly of the telescope in the dark can be a daunting task, and the one that is too large for outside urban areas or difficult to assemble, most likely will not be used very often.

Magnifying Power of a Telescope

Bearing in mind the aperture, it is good to learn about some other important aspects such as power and design before you decide to make a purchase. The power is actually the magnification that the telescope can offer. So the size of the planets and other objects in space you are going to observe, depend on the power of the eyepiece. It sounds like a critical factor but it is not. You can always change the power by simply using different eyepieces.

Eyepieces are small interchangeable lenses, or in other words the piece you look through your telescope. Most of the good telescopes for beginners go with a few eyepieces, but don’t worry, any time you want you will be able to buy more additionally. Remember that for clear images, the eyepiece must match the aperture of the telescope. If you use a very powerful eyepiece with a small aperture, the telescope will not show very clear images, while a large aperture telescope can use eyepiece with even 200 times magnification.

A good rule to go by is the maximum magnification should not be more than 2 times the aperture in millimeters (or 50 times per inch aperture). As an example, a 4″ (100mm) telescope shouldn’t be used be used to magnify objects more than 200x (i.e. 4″ x 50, or 100mm x 2). So you have to be careful with a small telescopes that offer magnification much more than 100x. Don’t be grasping for power, even advanced astronomers with large and powerful telescopes rarely use eyepieces with magnification more than 250x.

What are focal length and the f-number?

The focal length is the distance between the lens and eyepiece, which for most telescopes will give you an idea of its length. In other words, if a telescope has a focal length of 900 mm, it means that its length will be slightly less than 1 meter. F-number is the focal length divided by aperture and tells you whether the telescope is short and wide or long and thin. So if a telescope has a small f-number, for example F6, it means the telescope is short and wide and provides clear images with low power, while large f-number (F12) is long and thin and will show faded images at high power  in the same aperture for both instances.

The Importance of A Stable Mount

Once you know about the aperture and the power in different types of telescopes, let’s look at something that is often overlooked, but it is actually quite important- mounting. Remember that an unstable image is all it takes to kill your enthusiasm! There are two main types of mounting: altazimuth and equatorial.

Altazimuth mounts are a tripod design that only swing up and down (altitude) and left and right (azimuth). You will have to move it in both of those planes to search for and follow the planets and stars as the Earth turns. These mounts are often supplied with cheaper scopes and suffer from vibrations, but you can make alterations to dampen these at home.

An equatorial mount, on the other hand, makes it easy to follow celestial body. Once set up you only need to turn it in the left/right plane to keep any object in view, the mount automatically handles the up/down plane. They also tend to be of more solid and robust build, making viewing less prone to vibration and more pleasurable.

While equatorial mounts are more expensive than their altazimuth counterpart, we highly recommend them if they fit inside your budget.

Types of Telescopes – Refractors vs. Reflectors vs. Catadioptrics

There are three different types of telescopes: refractors, reflectors and catadioptrics. The key difference between a refractor and a reflector is that a reflector uses a mirror as the primary component of its design, while a refractor uses only a lens at the end of a long tube. That means reflectors can be much shorter in length while also allowing for wider apertures, although they can require more setup and maintenance to keep everything in alignment.

Compound (Catadioptric) telescopes, as you might have guessed, are simply a combination of the two, and employ both mirrors and lenses that allow for even smaller and more portable telescopes (albeit at a higher cost). All three types have the same light collection properties despite the differences in size and weight. They all have the same goal: to gather light and carry it into a point of focus where it can be magnified with an eyepiece, but they do it differently. Therefore, any type of telescope has its pros and cons that may match your needs.

A reflector uses its primary mirror to gather and focus light. The two typical examples are the Newtonian reflector (so called because it was developed by Isaac Newton) and the Dobsonian telescope. They each feature a concave mirror at the base and a smaller diagonal mirror near the top. They provide great image quality and you get plenty more light collected for your cash. The Dobsonian comes mounted on an easy to use base that is a ‘point and shoot’ style.

This is the most common type of telescope. The light travels in straight thin tube directly from the front lens to the eyepiece at the opposite end of the tube.

Catadioptric telescopes use a system of mirrors and lenses to focus the image before it gets on the eyepiece. This is the most popular type of telescope, with the most modern design providing the larger aperture. There are two popular models:  Schmidt-Cassegrain and Maskutov Cassegrain

In the Schmidt-Cassegrain model light first passes through a thin aspherical lens, called Schmidt corrective lens, then falls into a spherical primary mirror which reflects it to the secondary mirror. From there, the light is directed to the end of the tube where it is mounted to the eyepiece.

The difference between the Schmidt-Cassegrain and Maksutov-Cassegrain is not very big. They have the same advantages and disadvantages. In Maskutov-Kasergen the lens is quite thick and strongly curved, also the secondary mirror is smaller than that of Schmidt which gives good results in planetary observations. Because of the thickness of the lens at Maskutov-Kasergen the telescope needs more time for convergence of temperature, but this only applies to large aperture telescopes.

So now when you know so much about telescopes it’s right to ask yourself several questions and depending on the answers to make your choice. First ask yourself what will be interesting for you to observe. If the answer is the moon and planets then a reflector or refractor would be a good choice for you. If you are interested in distant galaxies and nebulas then a 6 or 8 inch Schmidt Kassegrain is the best telescope for you. You are very lucky for choosing a telescope in this time of our history- now with a “Go To” function and with the advances of the technology it is not necessary to know all the sky map to find what you want to see. So let’s look at some of them – check our Review of Best Starter Models for 2021. 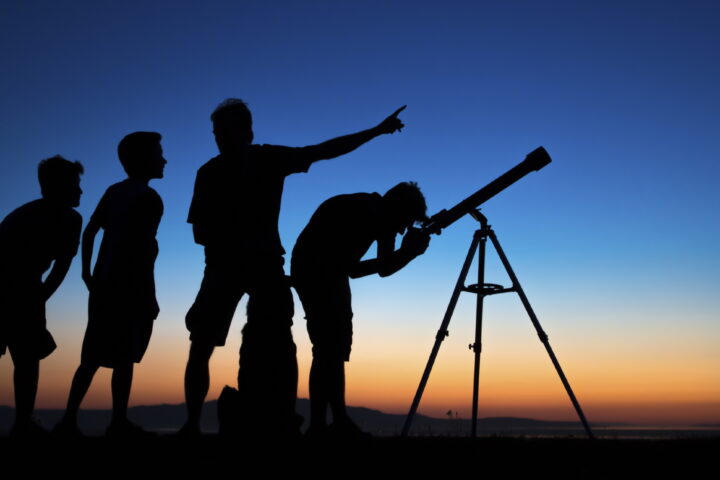 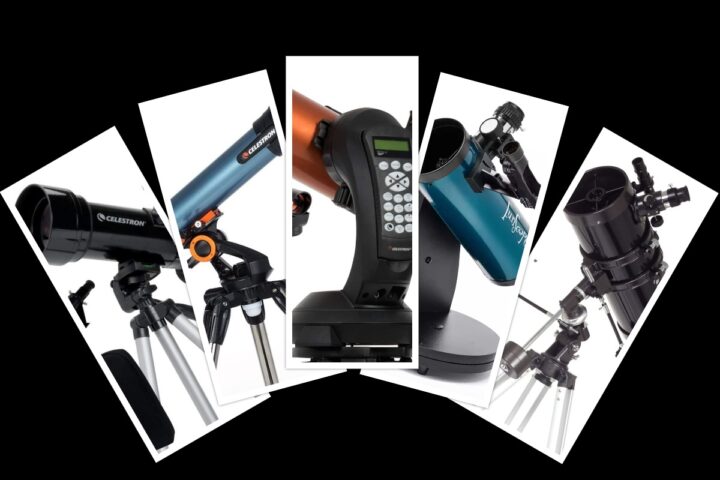 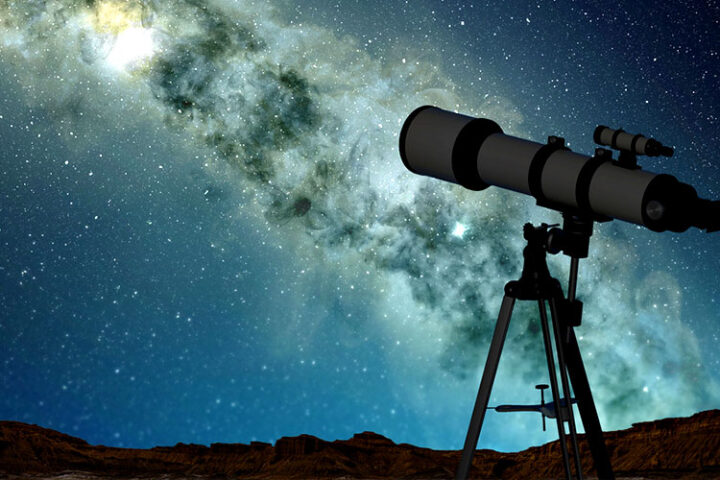 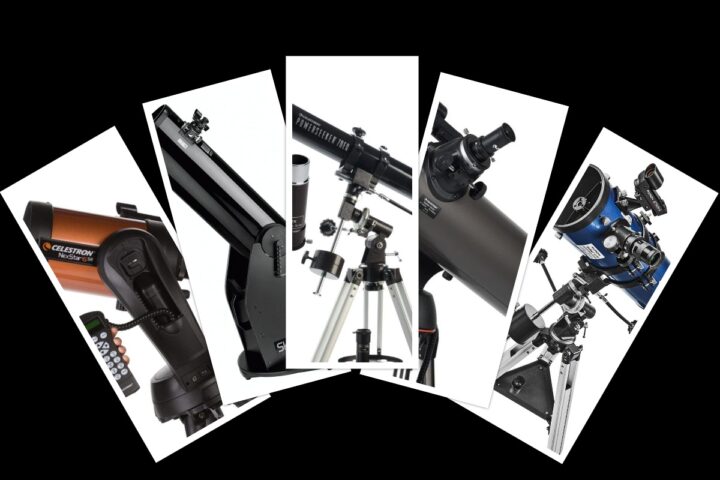 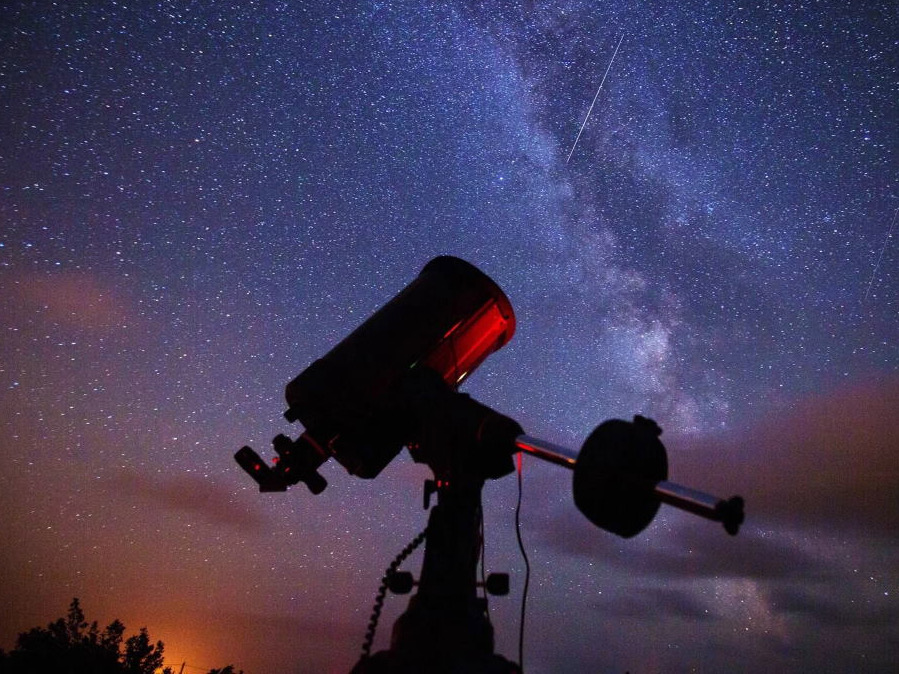 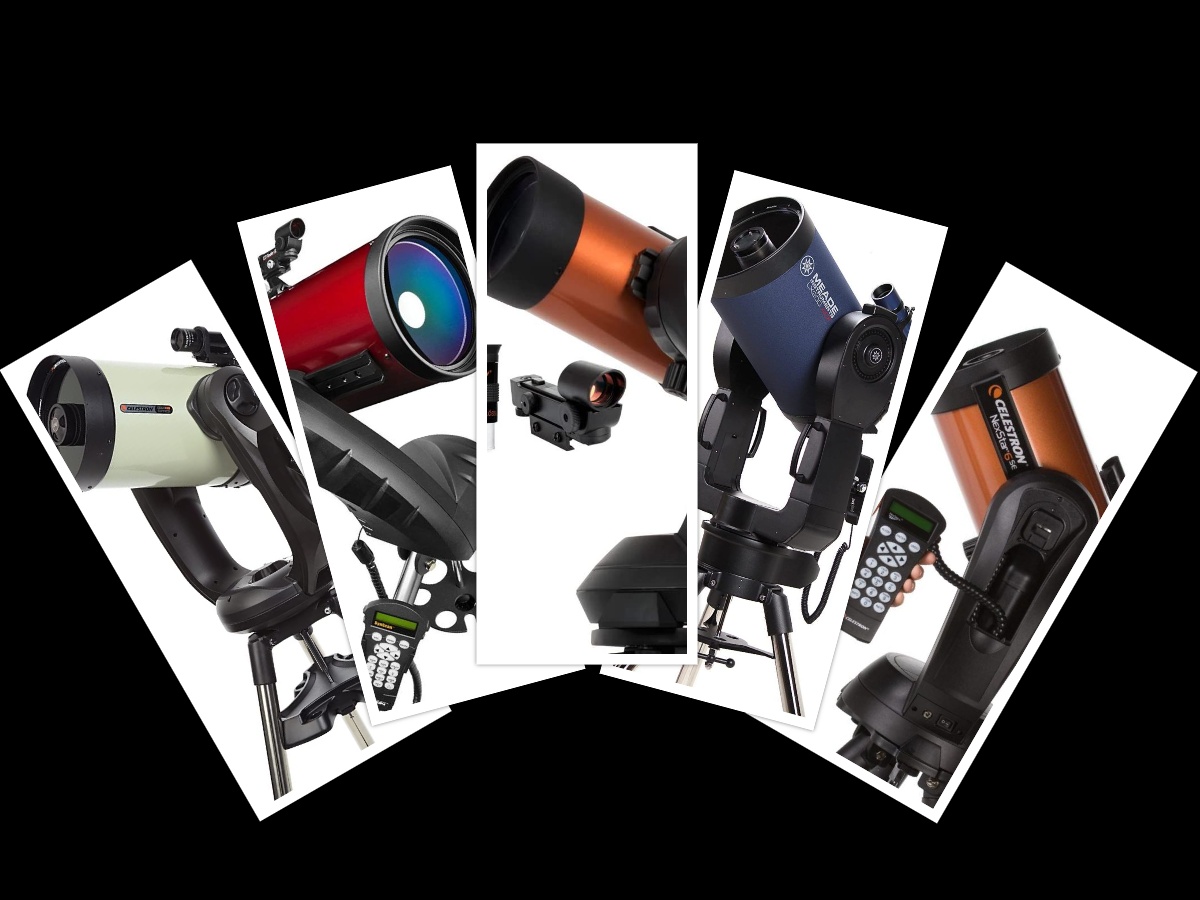 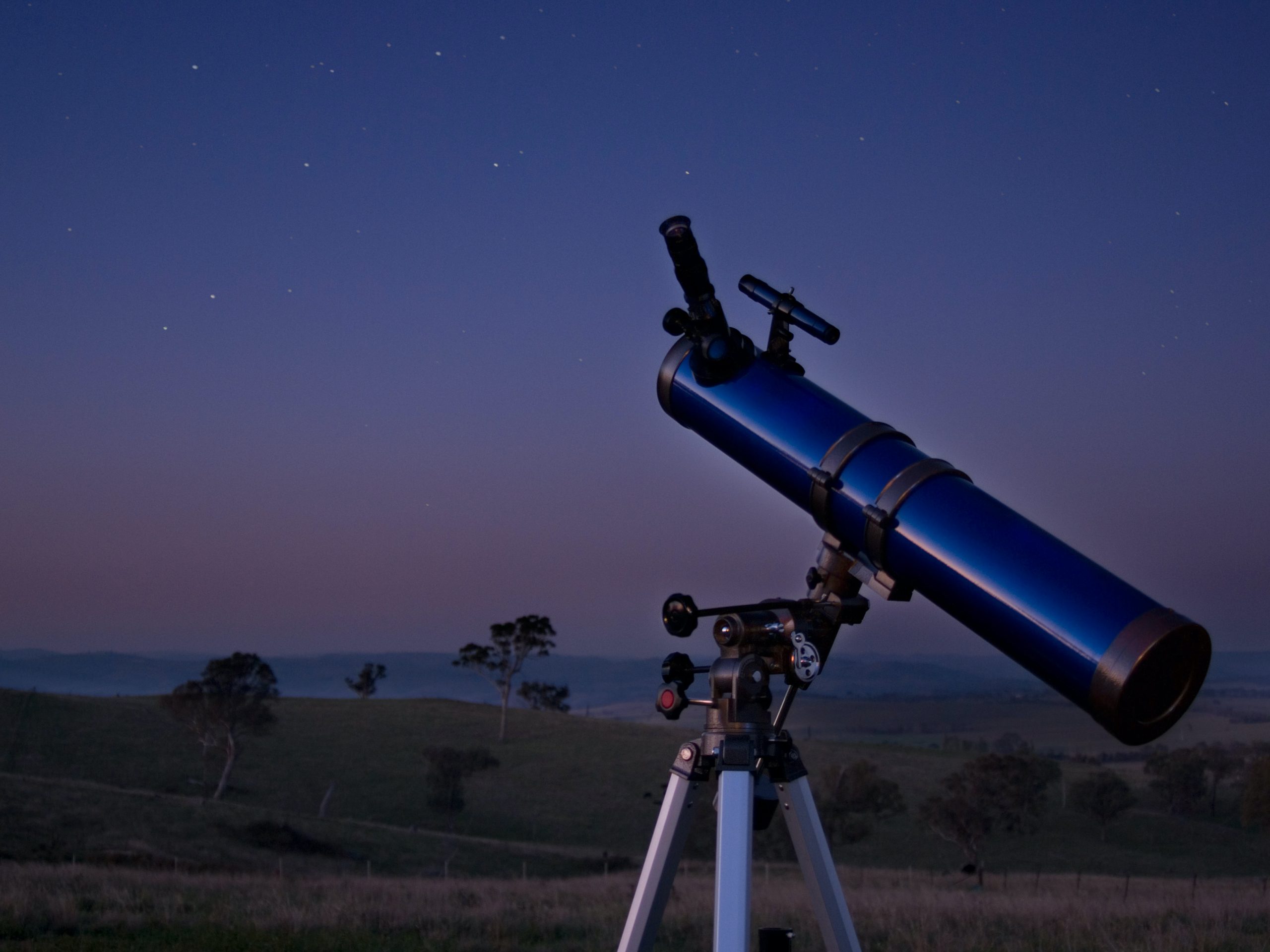 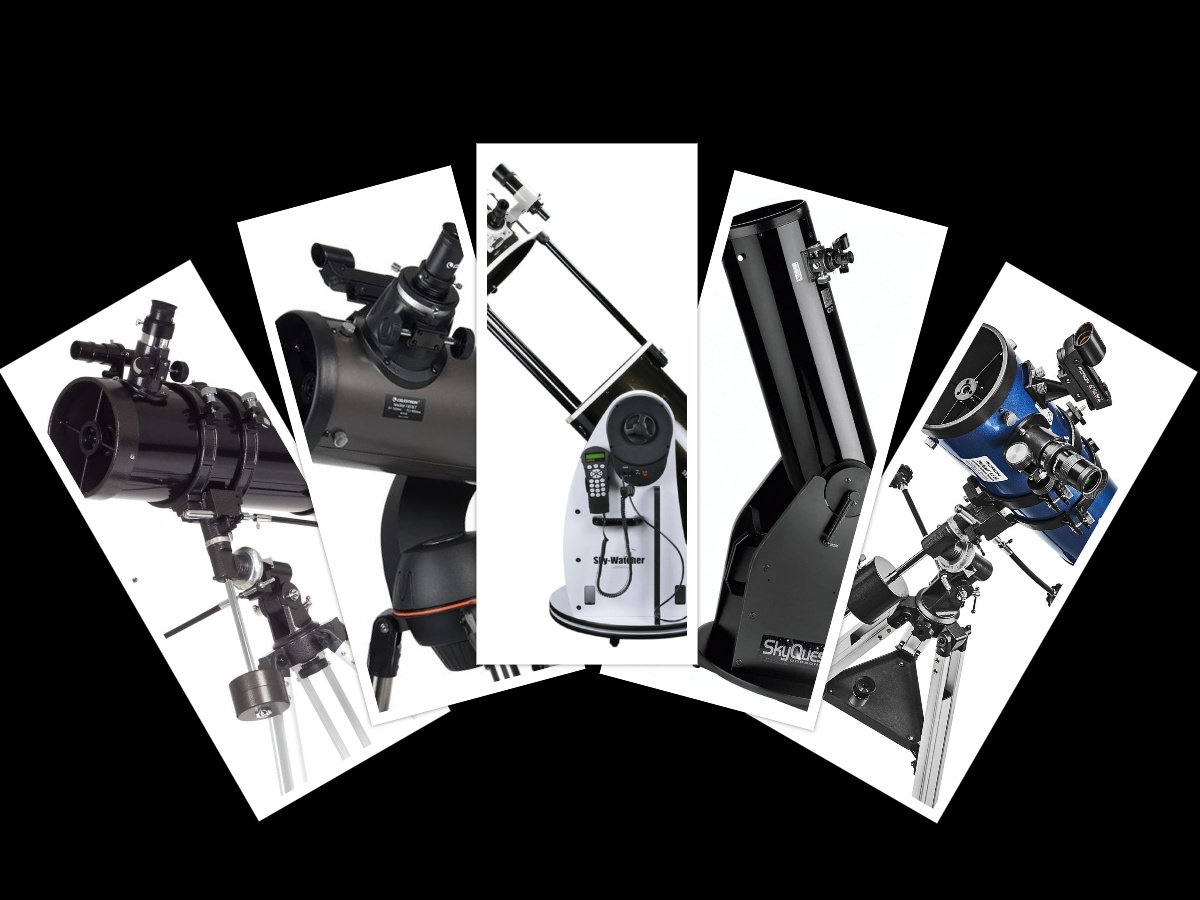 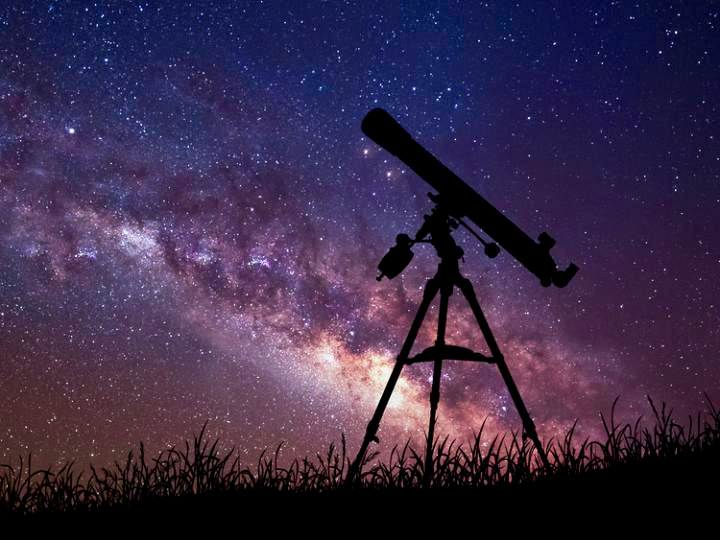 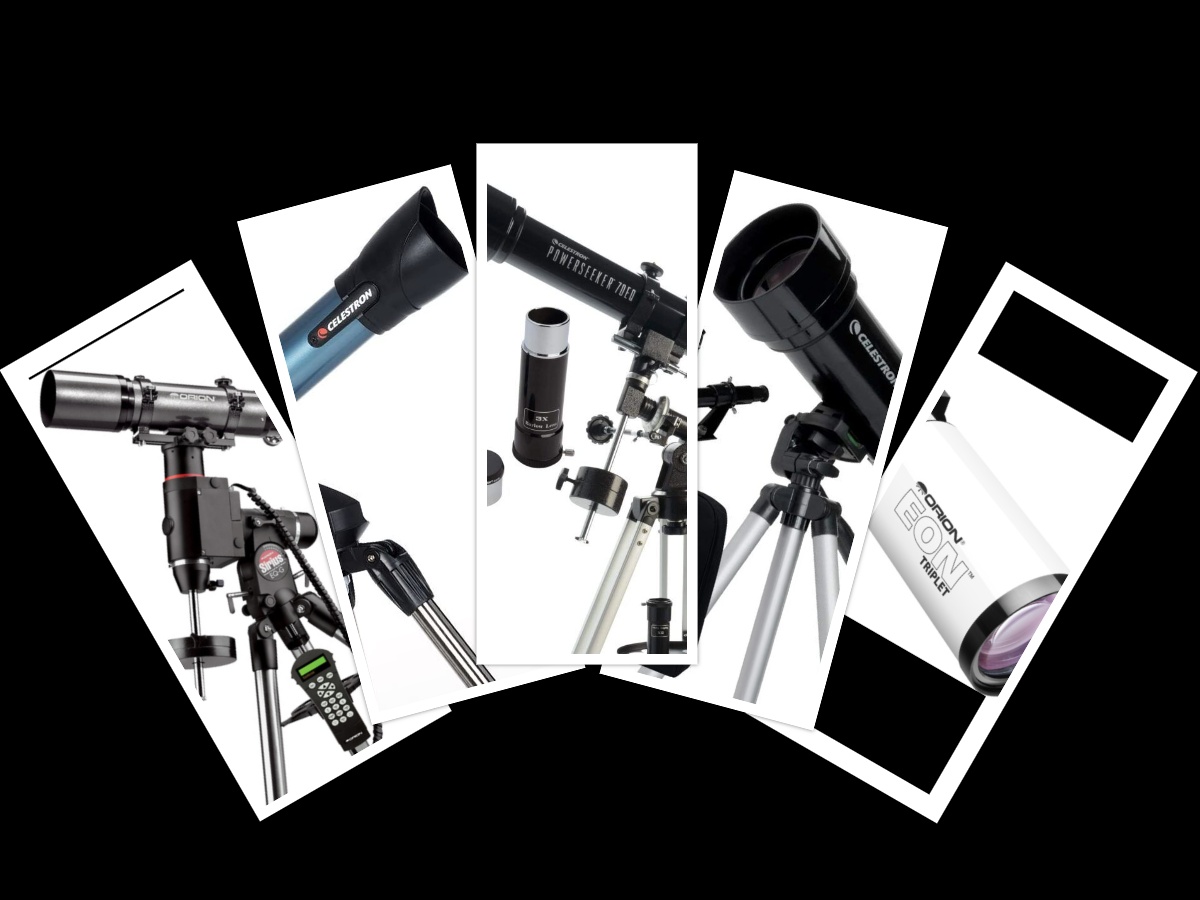