Perseverance has only been on Mars for two months, but the latest in red planet rovers is already picking up on Curiosity’s good habits.

No, it isn’t science; at least, it isn’t just science. Percy is just as good as her predecessor at taking amazing selfies, as the most recently sent images show.

The rover has been sending back images of its surroundings, including parts of itself, as it settles into its new home in the Jezero Crater. We’re still waiting for a full-body shot, but on April 6, using the SHERLOC WATSON camera attached to its robotic arm, Perseverance took images of its ‘head’ and ‘face’.

In official terms, this is the mast, on top of which is mounted cameras the rover uses to image Mars.

The SuperCam, which has a laser and a spectrometer for analyzing rock samples, is the large round one; below it, the two rectangular lenses are the Mastcam-Z, which takes high-definition color, 3D and panoramic images and video of Percy’s surroundings.

The Mars Environmental Dynamics Analyzer, which juts out of Percy’s ‘neck’ at the bottom of the images, is equipped with sensors to monitor Mars’ weather, including the quantity and particle size of the planet’s ubiquitous red dust.

Curiosity, on the other hand, is still beavering away and sending selfies. It took a panoramic image of itself and the surrounding landscape on March 26, including a rocky outcropping known as Mont Mercou. You can see, from the image, just how dusty a rover can get after eight and a half years on Mars: Curiosity is coated in a layer of the stuff, and it has collected on her chassis.

NASA’s tiny Mars helicopter has seen the Red Planet for the first time.

On Saturday (April 3), the 4-pound (1.8 kilograms) chopper known as Ingenuity took its first color photograph after being lowered to the Martian dirt by the Perseverance rover. The tableau shows “the floor of Mars’ Jezero Crater and a portion of two wheels of NASA’s Perseverance Mars rover,” agency officials wrote in a description on Monday (April 5), when the photo was released.

On Feb. 18, the car-sized Perseverance landed inside the 45-kilometer-wide Jezero Crater, with Ingenuity firmly attached to its belly. The rover deployed Ingenuity on Saturday and has since moved a short distance away, allowing the solar-powered rotorcraft to receive sunlight from Mars.

The first night was a big worry for the Ingenuity team, but NASA announced on Monday the little flying machine had passed the first great hurdle of its era of independence.

NASA called the helicopter’s survival “a major milestone.” Mars gets brutally cold, reaching as low as minus 130 degrees Fahrenheit (minus 90 degrees Celsius) in the Jezero Crater. That’s enough to mess with Ingenuity’s electronics and batteries, but the chopper survived thanks to insulation, heaters and enough battery power to keep itself warm.

Ingenuity is a high-risk, high-reward demonstration of technology. It is hoped that this will be the first powered, controlled flight on another planet. Perseverance will act as a witness from an overlook location. 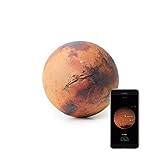 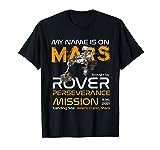