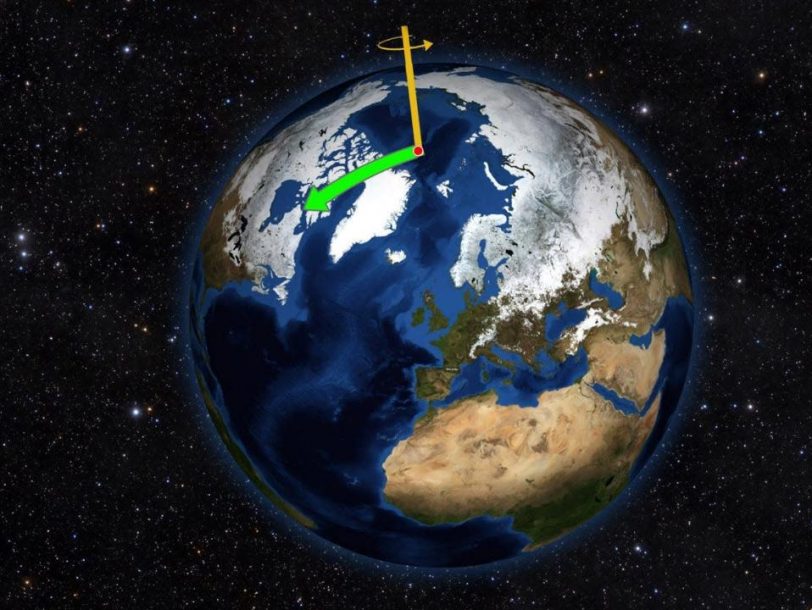 This summer, the Earth had its shortest day ever, thanks to a wobble in its axis that allowed it to complete a single spin in a fraction of a second less than 24 hours.

According to the website timeanddate.com, June 29 was 1.59 milliseconds shorter than 86,400 seconds, or exactly 24 hours.

In recent decades, the Earth has slowed down, resulting in slightly longer days.  But in the last few years, that tendency reversed, and the days have been getting shorter and shorter.

If the Earth continues to speed up, this could lead to the first ever requirement to subtract a second from atomic clocks.

The Earth is not perfect

It is not uncommon for the Earth to wobble — the spinning that we experience as night and day does not always occur exactly in line with its axis, the line connecting the North and South Poles.

This is due to the fact that it is not a precise sphere.

The equator has a bulge, while the poles are slightly squashed, indicating that Earth is slightly elliptical.

Other factors, such as ocean tides and moon gravity, can also interfere with the spinning.

Leonid Zotov, a mathematics professor, believes that the earth is spinning faster due to a periodic movement known as the “Chandler wobble.”

The wobble was discovered in the late 1880s by astronomer Seth Carlo Chandler, who noticed the poles wobbling over a 14-month period.

This wobble began to slow in the early 2000s, reaching historic lows in 2017.

Zotov is due to present this hypothesis at the Asia Oceania Geosciences Society, per timeanddate.com. It has not yet been peer-reviewed. In everyday life, the Earth wobbles barely change. However, they must be monitored in order for the atomic clock to remain accurate enough to precisely coordinate GPS and earth-observing satellites.