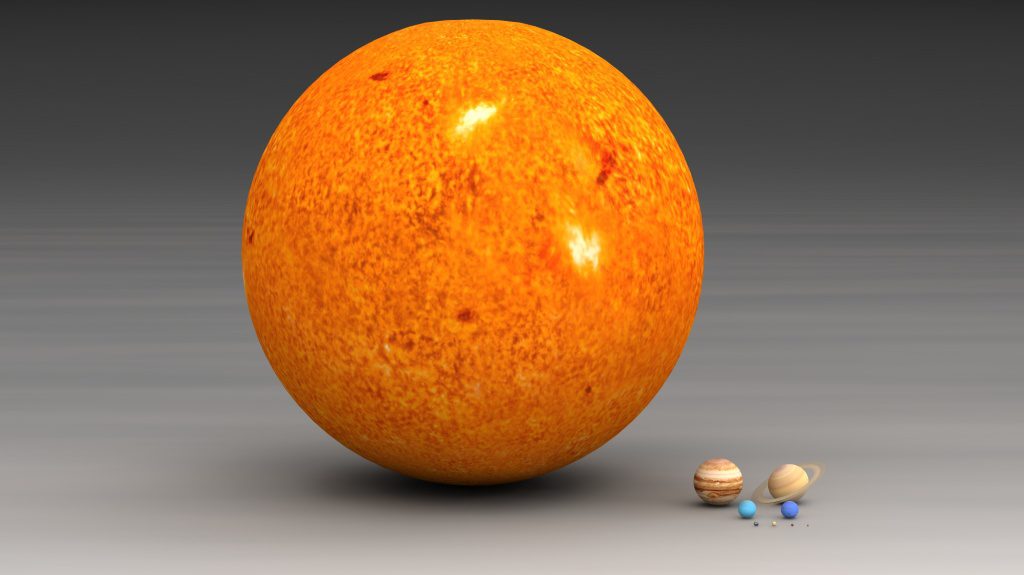 The Sun! Our everything. The source of Life and at the same time an ordinary Star in an ordinary Galaxy. But how big is actually? The most easy way to understand the size of the Sun is to compare it  to something we know. Our home Planet – The Earth will do a wonderful job.

But first let’s look up a bit of digits. The Sun is a star at the center of the solar system. It represents almost a perfect sphere made up of hot plasma and magnetic fields. Its diameter is about 1 392 000 km, nearly 109 times larger than the Earth, and its mass (1.9891 × 1030 kg – 330,000 times the Earth) makes up about 99.86% of the total mass of the solar system. This means that you could put 109 Earths side-by-side to match the diameter of the Sun. And if you wanted to try and fill up the Sun with Earths, it would take 1.3 million Earths to match the volume of the Sun. From a chemical point of view, about three quarters of the mass of the Sun is formed by hydrogen, and the remainder is mostly helium, as 1,69% by mass (or 5628 times the mass of the earth) are other heavier elements such as oxygen, carbon , neon, iron and others. 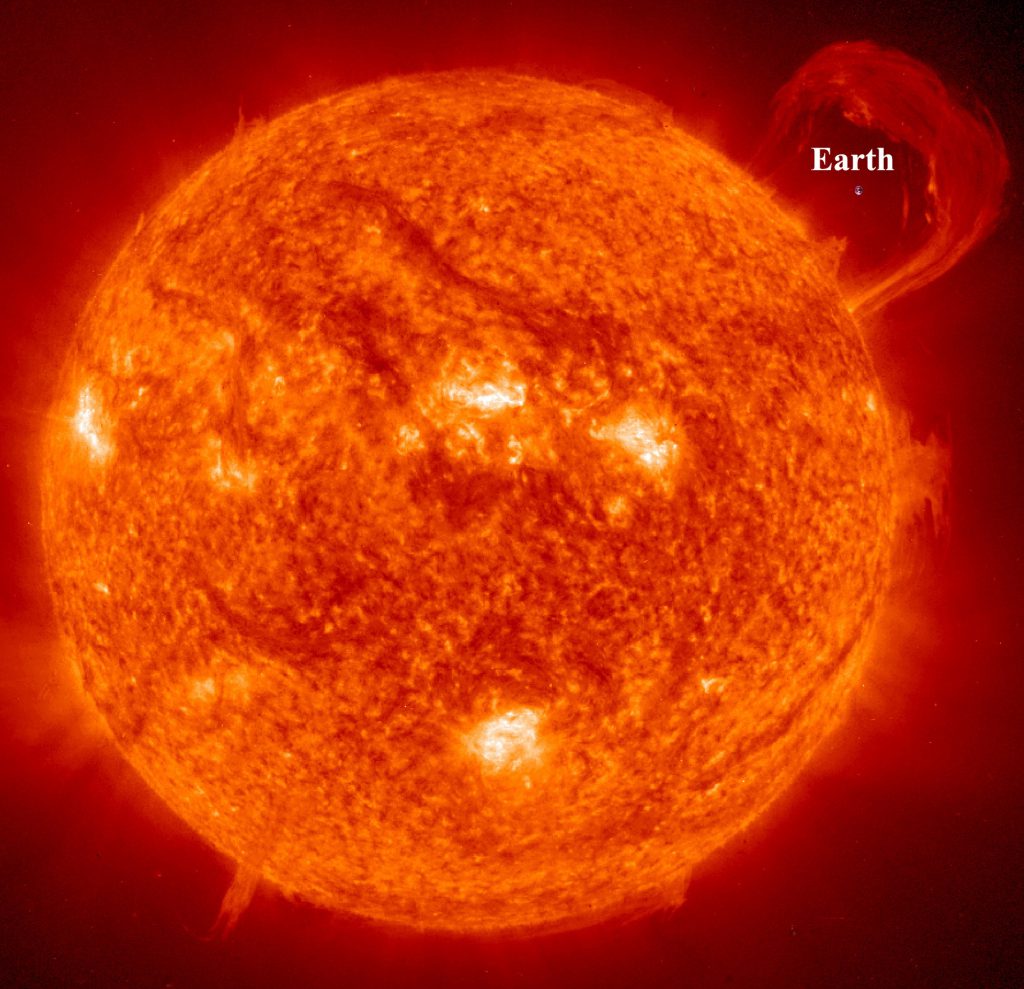 So our Sun is really giant  fireball. And if you still have problem to imagine how big is,  let me help you with an example:  Average speed of passenger aircraft is 800 km/h and if you decide to travel from New York to London flight time will be around 7 hours. If you decide to make one full tour around the Earth (equals approximately 40,000 km) without landing, then this adventure will take two days and two  hours. Now imagine that with the same aircraft we decided to do a full lap around the Sun. So how long will take? The answer is 5458 hours or about 228 days. And that’s a long flight , hope you have got a lots of music with you  🙂

And if you think that the Sun is the greatest thing in the Universe, in the video below you will see that you are far from the true and there are quite bigger “fishes” from our local Star.

6 thoughts on “How Big is Sun compared to Earth?”