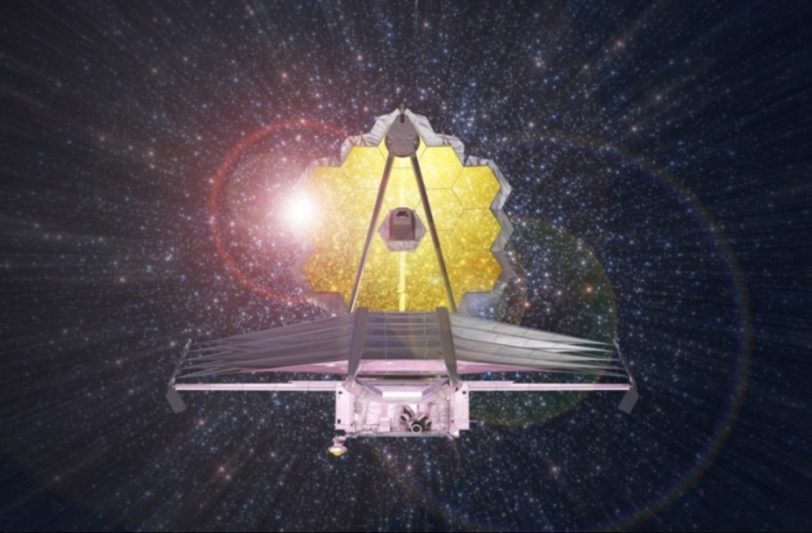 JWST is living up to the hype. After the first scientific results were published last week, even more new exciting stuff is coming out. Among them, there are the observations of what could be the furthest galaxy yet. Called GLASS-z13, its light comes from just over 300 million years after the Big Bang.

The red object in the center of the zoomed-in image is GN-z11, the previous candidate for the most distant galaxy discovered. One of JWST’s primary goals is to observe the very first galaxies that formed after the big bang 13.8 billion years ago. The Hubble ST discovered the current oldest galaxy, GN-z11, about 400 million years after the universe’s birth.

Astrophysicist Rohan Naidu of Harvard University and his colleagues from the Smithsonian Center for Astrophysics in Massachusetts believe they have discovered the oldest galaxy in a JWST dataset called GLASS, which was publicly released a few weeks ago. GLASS-z13 is the name of a galaxy that formed about 300 million years after the big bang. Rohan’s team also discovered a second galaxy that is the same age as GN-z11.

“We found two very compelling candidates for extremely distant galaxies,” says Naidu. “If these galaxies are at the distance we think they are, the universe is only a few hundred million years old at that point.”

In this time, these two galaxies have the equivalent mass of about a billion suns. The team concludes that this is a very unique feature only found in galaxies up to 500 million years old, and it could be a hint that stars formed faster than we thought in the early universe. Glass-z11, a galaxy close to the Big Bang, has also begun to develop a disc-like structure as a result of its rotation.

Only James Webb ST is capable of doing so.

“They’re very convincing candidates,” he says. “We were pretty confident that JWST would see distant galaxies. But we’re a little bit surprised how easy it is to detect them.”

JWST is extremely powerful, and it should be able to make discoveries like this on a regular basis. It will discover galaxies much closer to the Big Bang than these two galaxies, perhaps 200 million years after the Big Bang, when the first galaxies and stars are thought to have formed.

“How early does star formation start in the universe?” says Naidu. “It’s one of the last major unknowns in our broad timeline of the universe.”

READ MORE: James Webb Space Telescope Might Be Able To Detect Other Civilizations by Their Air Pollution