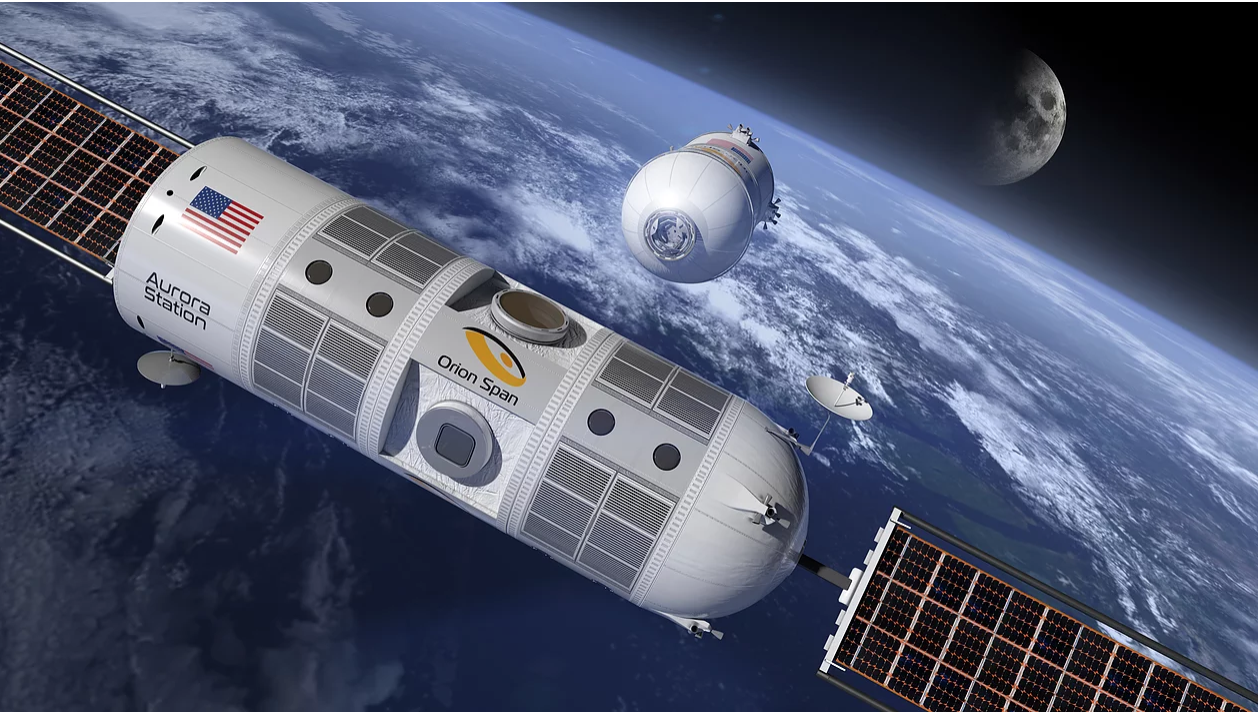 A new space startup, called Orion Span, has plans for a luxury space hotel called Aurora Station with hopes to host guests beginning in 2022. Aurora Station is being built in Houston. A 12-day stay at Aurora Station will start at $9.5 million — considerably less than the $20-$40 million space tourists paid for trips to the International Space Station from 2001 to 2009.

While the ISS is 357 feet long, Aurora Station will begin at just 43.5 feet long and 14.1 feet wide — roughly the size of a large private jet’s cabin. Visitors to Aurora Station will participate in a 3-month training regimen to prepare themselves for the journey and stay in orbit. From online courses to in-person training in Houston, travelers will be prepared through Orion Span Astronaut Certification. Orion Span expects Aurora Station to orbit Earth at an altitude of about 200 miles, a bit lower than the International Space Station at 250 miles.

Aboard Aurora Station, travelers will fly freely through the space station in zero gravity. Guests will have the opportunity to participate in research experiments and even livestream via high-speed wireless internet. In addition, visitors to Aurora Station will also be able to see both northern and southern auroral displays through the module’s various windows. Seeing home from orbit and viewing an average of 16 sunrises and sunsets during the trip add to the draw of visiting orbit.

As demand grows, Orion Span intends to add to the original Aurora Station core. With Aurora Station, the first fully modular space station takes shape. While the station will be ready for guests shortly after launch, Orion Span has plans for expansion by building onto the core module. The modular design enables simple expansion. Eventually Orion Span plans to offer the world’s first space condominiums, offering a new frontier. Once Orion Span expands to selling “space condos,” Aurora owners can live in, vacation or sublease their modules.

Orion Span plans to launch its first Aurora Station module in 2021, with the first guests arriving in 2022. The company is already accepting reservations with an $80,000 fully refundable deposit per person.