Twelve years ago, а water vapor streams shooting into space through ice cracks at Enceladus’s southern pole, the frozen moon on Saturn, were first discovered. So far they have not been well explained. But definitely nurture the hopes of scientists to detect life beyond Earth within our Solar System. 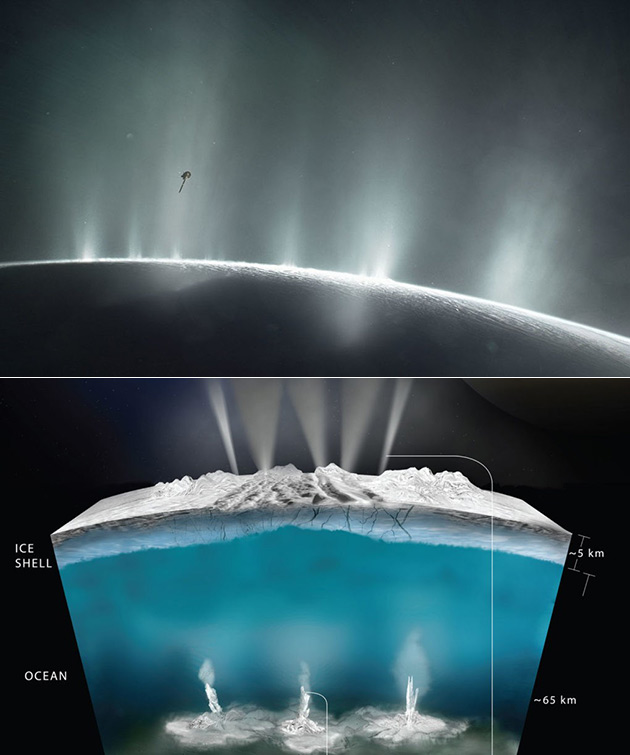 “From where does Enceladus maintain energy for this hydrothermal activity has always been a mystery. But we have now explored in detail how the structure and composition of the moon’s rocky core plays a key role in generating this energy, “explains Gael Schoble of the University of Nantes in France. According to scientists, the streams rise from a huge underground ocean of salty water lying under the ice cap that covers the moon. The thickness of the layer is on average 25 km, but thins to about 1 km around the pole, where they observed the eruptions.

“A warm global ocean with a lifetime of several billion years would be a great place for life to get going—it only took about 640 million years for life to evolve from microbe to mammal on Earth” said Monica Grady, a scientist outside of the discovery.

What do you think about it? Is there Life already on Enceladus? Please comment bellow.