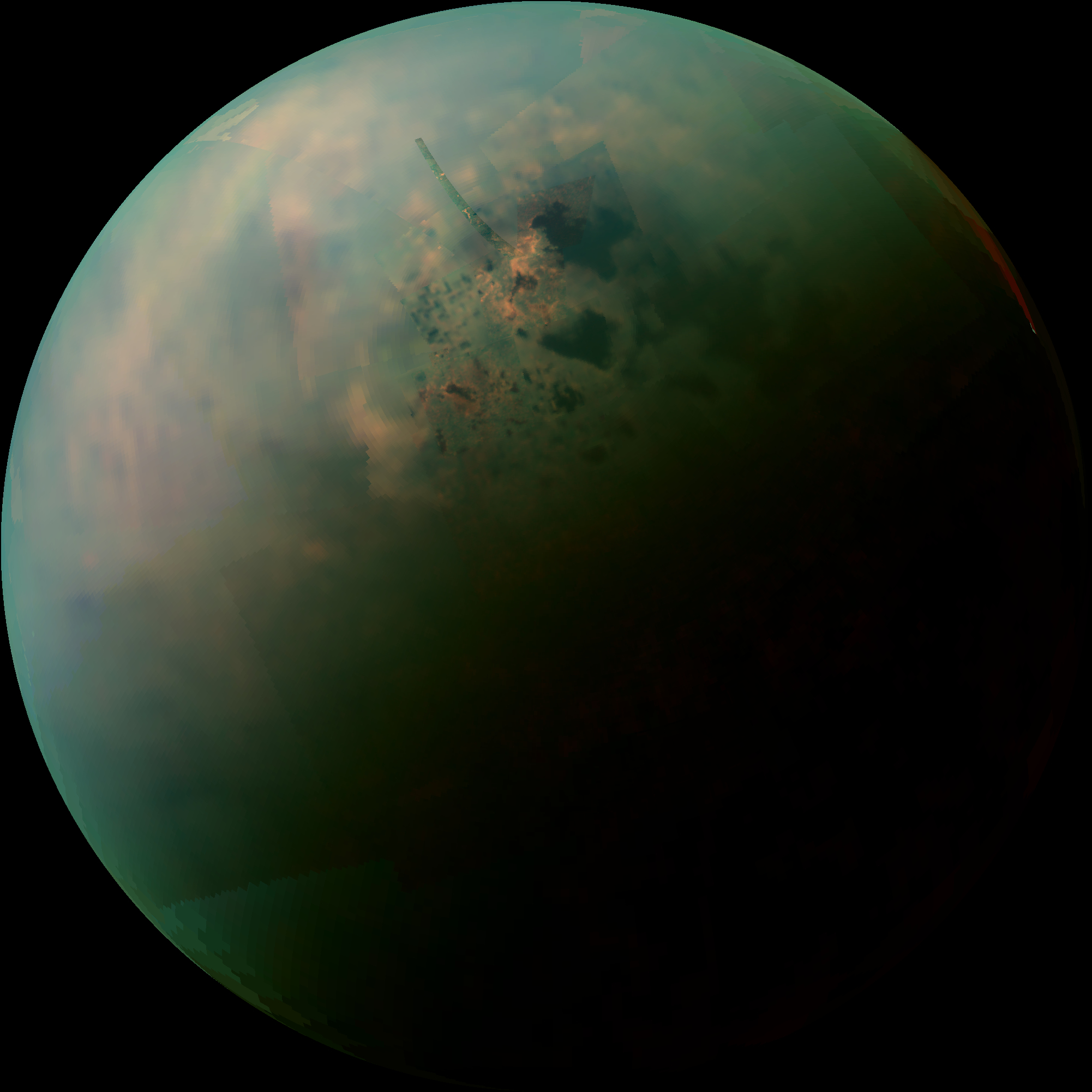 Titan, the largest Moon of Saturn and the only moon in the Solar System known to have clouds and a dense atmosphere. It is the only body other than Earth that is known to currently have liquid on its surface. It was discovered telescopically in 1655 by the Dutch scientist Christiaan Huygens—the first planetary satellite to be discovered after the four Galilean moons of Jupiter. In an Earth-based telescope, Titan appears as a nearly featureless brownish red globe, its surface permanently veiled by a thick haze. It is larger than the planet Mercury and more massive than Pluto, and, in significant ways, it resembles a planet more than it does a typical moon. 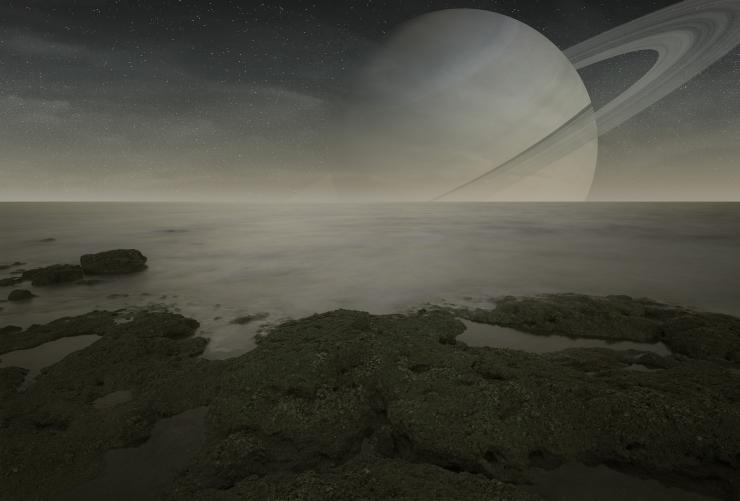 Titan orbits Saturn at a mean distance of 1,221,850 km (759,220 miles), taking 15.94 Earth days for one revolution. It rotates once on its axis for each revolution—i.e., its rotation is synchronous—so that it always keeps the same face toward Saturn and always leads with the same face in its orbit. The diameter of the solid body of Titan is 5,150 km (3,200 miles), only about 120 km (75 miles) less than that of Jupiter’s moon Ganymede, the largest moon in the solar system. If its hundreds of kilometers of atmosphere are included, however, Titan far exceeds Ganymede in size. Titan’s relatively low mean density of 1.88 grams per cubic cm implies that its interior is a mixture of rocky and icy materials, the latter probably including ammonia mixed with water and methane and possibly including liquid layers, covered by a solid, mostly water-ice crust. A rocky core may lie at the centre and extend to perhaps 80 percent of the total radius. In its bulk properties, Titan resembles other large icy moons of the outer Solar System, such as Jupiter’s Ganymede and Callisto and Neptune’s largest moon, Triton.