For the past five weeks, Perseverance has been primarily focused on supporting and documenting NASA’s 4-pound (1.8 kilograms) Mars helicopter Ingenuity’s pioneering flights.  But the car-sized rover has been doing science work of its own in the background as well.

For example, Perseverance has used its high-resolution Mastcam-Z imaging system to photograph its surroundings — the boulder-studded floor of Mars’ 28-mile-wide (45-kilometer) Jezero Crater, where the rover and chopper landed on Feb. 18

Perseverance has also used two other instruments: its rock-zapping SuperCam laser and the WATSON (“Wide Angle Topographic Sensor for Operations and Engineering”) camera at the end of its robotic arm to study nearby rocks in greater detail.

The mission team is curious to know whether the stones are volcanic or sedimentary in origin. Volcanic rocks can act as geological clocks, allowing researchers to learn more about the history and evolution of Jezero, which once had a lake and a river delta. And sedimentary rocks, which form through the deposition of dirt and sand over time, have greater potential to preserve signatures of Mars life, if it ever existed at Jezero.

One of Perseverance’s two main missions is to look for biosignatures, along with collecting and storing several dozen samples of potential astrobiological significance. That pristine Mars material will be hauled to Earth by a joint NASA-European Space Agency campaign, perhaps as early as 2031.

Determining the Jezero rocks’ origin may require abrading their surfaces and obtaining compositional information from their interiors using two other instruments on the robotic arm, PIXL (“Planetary Instrument for X-ray Lithochemistry”) and SHERLOC (“Scanning for Habitable Environments with Raman & Luminescence for Organics & Chemicals”).

“When you look inside a rock, that’s where you see the story,” Perseverance project scientist Ken Farley, of the California Institute of Technology in Pasadena, said in a statement.

Perseverance will significantly increase its science work considerably, for its days as a helicopter observer are mostly over. Ingenuity wrapped up its main technology-demonstrating mission last week and is now embarking on an extended mission designed to showcase the scouting potential of Red Planet rotorcraft.

As a result, Ingenuity will continue to fly for a while longer, on sorties that may help the Perseverance team in determining the most efficient routes and identifying rock formations that require closer examination. 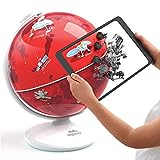 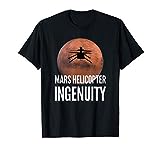