How many of you have looked through a telescope? How many people have seen with their own eyes the surface of the Moon, the belts of Jupiter along with the four Galilean moons, or Saturn with its magic rings? Comparing by my friends, then the people who had a “close encounter” with these space objects is below 10% …That’s why I decided to do something I had never done before, something interesting and exciting, and at the same time very useful. I called it Telescope Project.

For the past two years I have been working as a beach lifeguard in Paphos – one of the best cities to visit, if you decide to spend your summer holiday in Cyprus. However, this year, along with my red panties, yellow T-shirt and whistle, I also took my personal telescope with me. I took it in order to give opportunity to all those people who have never looked before at the night sky through a telescope lens to be able to do it! And what happened was remarkable. The “Telescope Project “ turned out to be one of the best and most exciting things I’ve ever done in my Life! 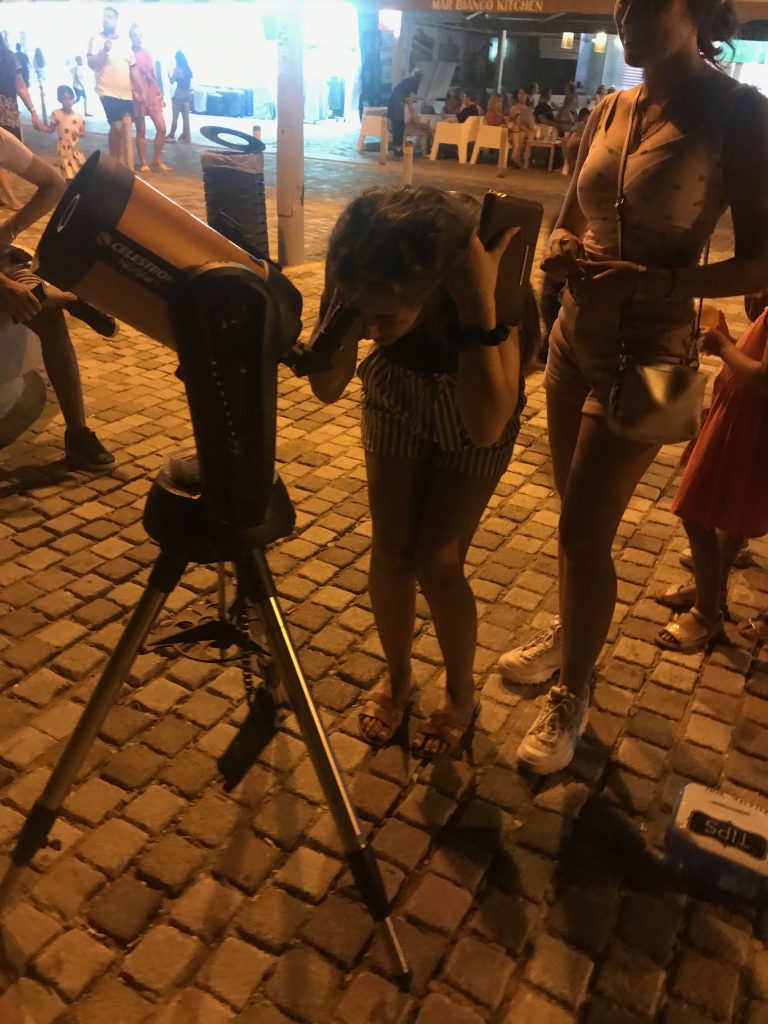 So, almost every evening after work at the beach, I would took my Telescope on my shoulder and headed for the harbor’s busiest street. I decided that I would not want money from people because money was not the motive for doing all this. If anyone still wanted to support the project, they could leave whatever they want in a box under the Telescope.

People’s interest in Astronomy exceeded my wildest expectations! I am happy to tell you that for three hours almost every night, I have rarely been left without someone wanting to look up at the night sky. And this year it seemed to be in synchronized with my humble project – from April until the end of October, Jupiter and Saturn, standing at a distance of two feet, were gleaming in anticipation of being observed! But not only – as if all the information I had about those two planets and the moon, was waiting all the time in my mind for that moment – I had never spoken with such passion to strangers.

I wish you could see their eyes wide open with amazement! I wish you could see the sparks in their eyes when they saw the first time the rings of Saturn, the Great Red Spot of Jupiter, the craters on the Moon … Some people cried in astonishment, some of them lost their ability to speak, while others came with me to shake my hand or hug me. Elderly people said they were happy for the opportunity

they had now, others said it was another dream come true, but the kids made me happiest! How many children looked through the telescope! Hundreds of children! If only a small part of them keep within themselves the spark that blew up that night, and develop it in the fire that warms their soul – that’s a big deal! Like the little Sophocles, who had his father guide him every night for two weeks! The little boy dreamed of flying into space through his machines, and even shortly after our meeting, he was accepted into a school to study robotics!

I would like to thank you all – the thousands of people who came and shared your energy and your time with me, I’m sure some of you are reading this article right now.

Thanks also to the readers of the this website for your patience and accept my apologies for not being active here for the last 6 months. It is my pleasure to continue to share the news about Astronomy here, because I LOVE THE UNIVERSE, and I’m sure you love it too! 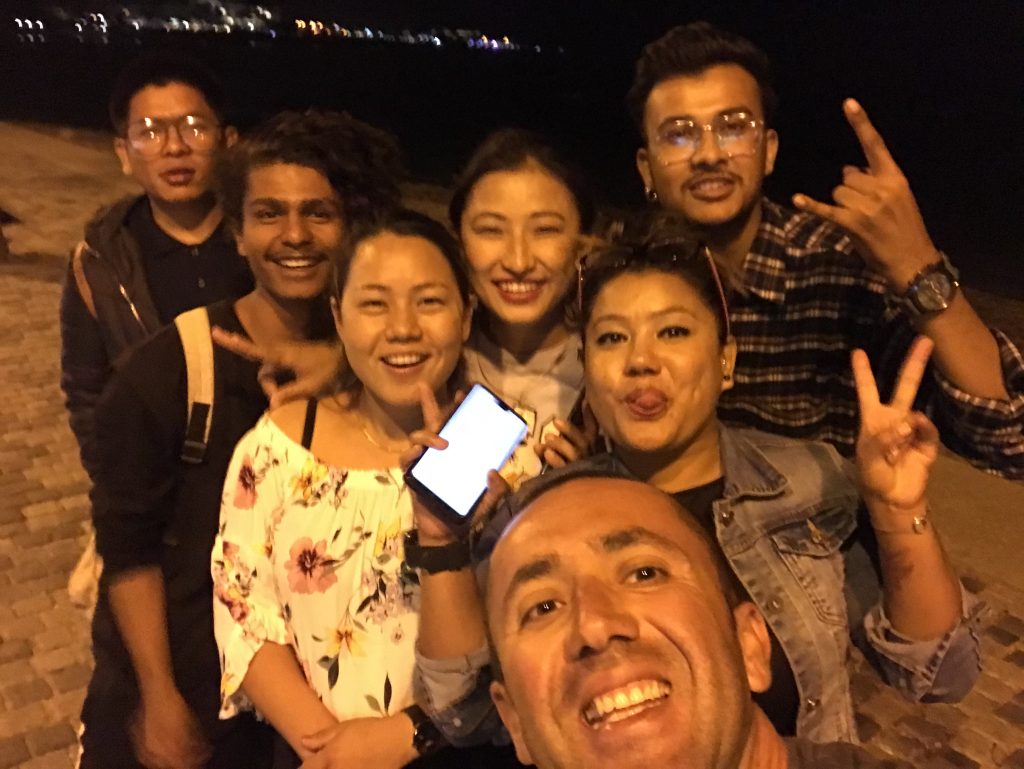 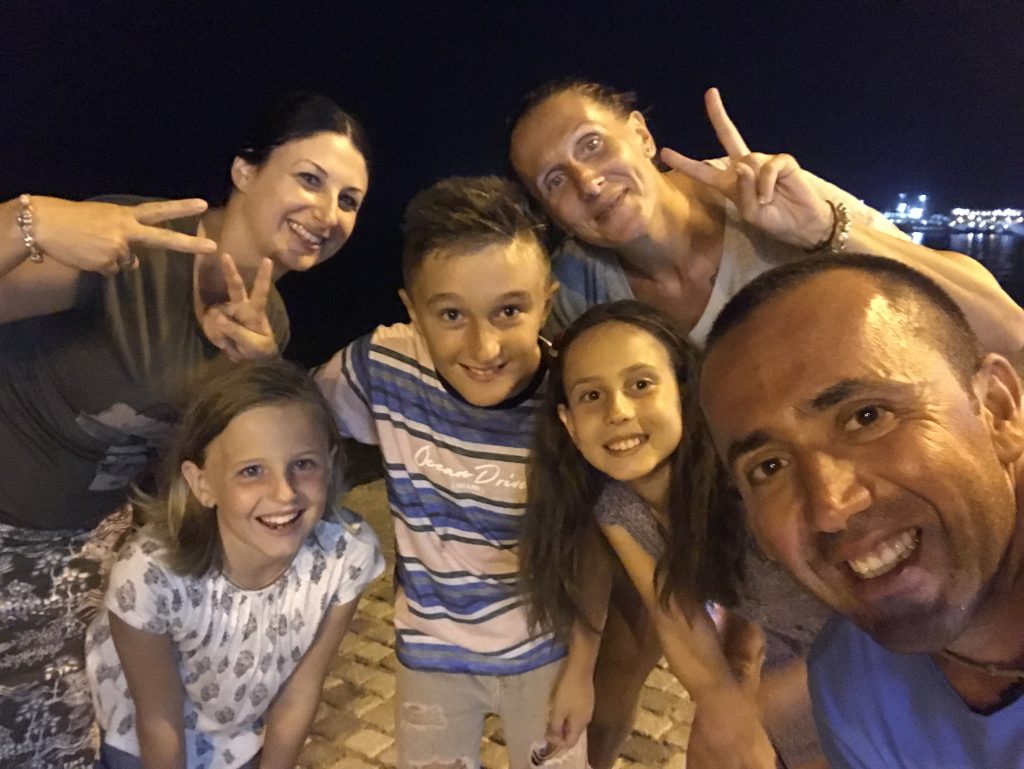 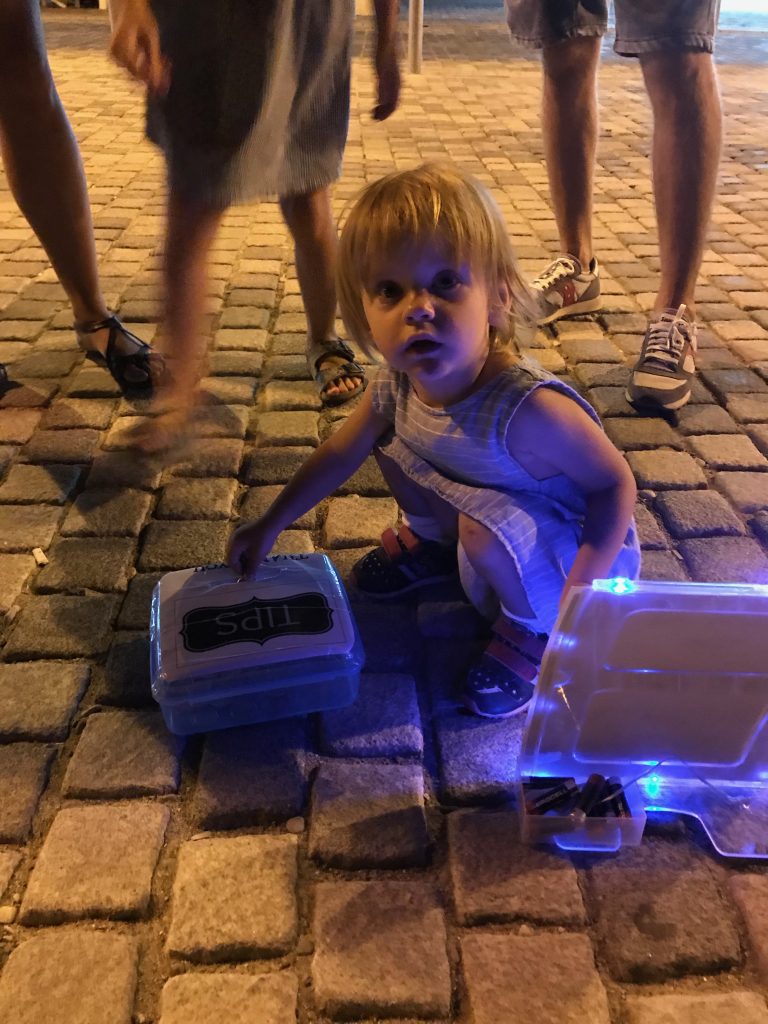