On the night of December 23rd, rain from falling stars awaits us. It is on the eve of the Christmas holidays that the Ursids – the last meteor shower of the year – reach its peak.

It has a “modest” intensity – about 10 meteors per hour, so if you are superstitious, it’s time to make a wish list. 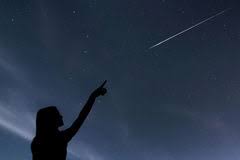 Ursids are active between December 17-26. Their parent body is the comet 12P / Pons-Brooks, with a period of about 70.7 years. The name of the stream is taken from its radiant point, which is located in the constellation Ursa Minor.

The meteor shower was discovered in the early twentieth century by William Dening. Ursids are the last meteor shower of the year. Shooting stars, however, awaits us in early January, when the Quadrantides reach their peak.