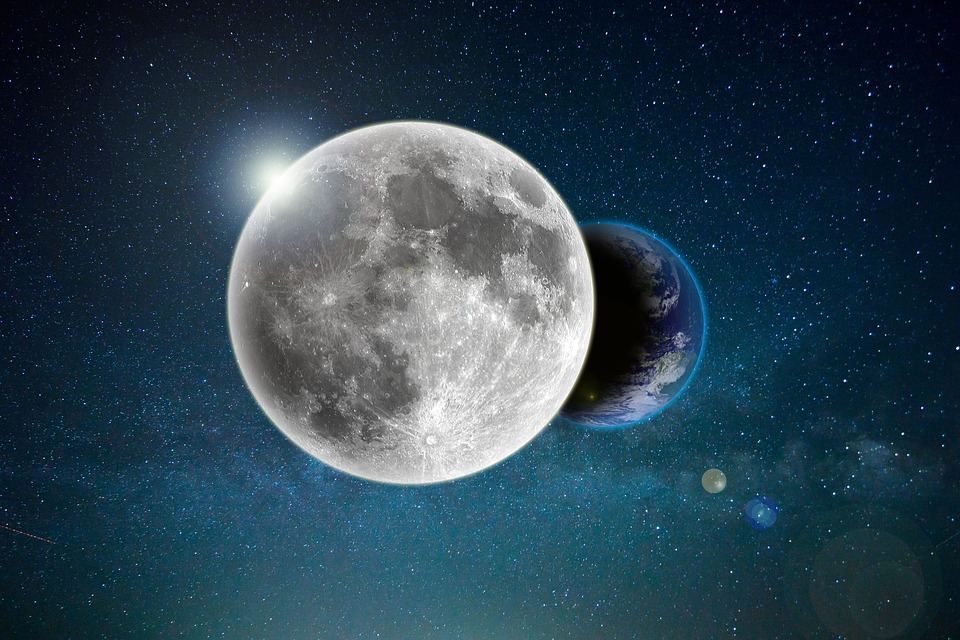 The Solar System is full of many strange moons. Our own, however, is probably the most unusual. For example – the Moon is really huge. Virtually as a Planet.

The Earth’s satellite is a quarter of the size of the Planet. With the exception of Pluto and Chiron, it is larger than any other moon in the Solar System located in the orbit of a Planet.

What’s more – the Moon is so big it does not even orbit the Earth. Both space objects are in the orbit of a point located between them, called barycentre. It is located about 1600 km below the surface of the Earth. At the same time, however, it is about 4600 km from the center of our Planet, so the movement of the Earth and Moon around the Sun is like a rotating dumbbell of uneven weight.

Another thing that distinguishes the Moon from any other natural satellite in the Solar System is the fact that its orbit is not convex to the Sun. I.e. at no point does the orbit bend to the Star. The reason for this is that the gravitational attraction of the Sun to the Moon is greater than what the Earth has.

Probably most of you imagine the way of the Moon while moving around the Sun, like this. 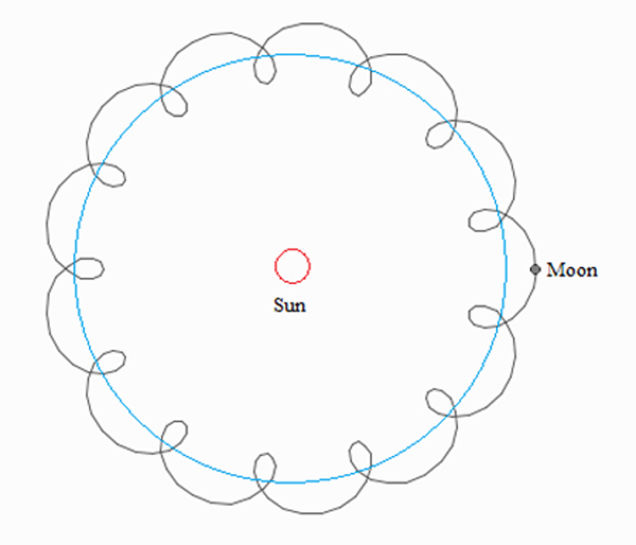 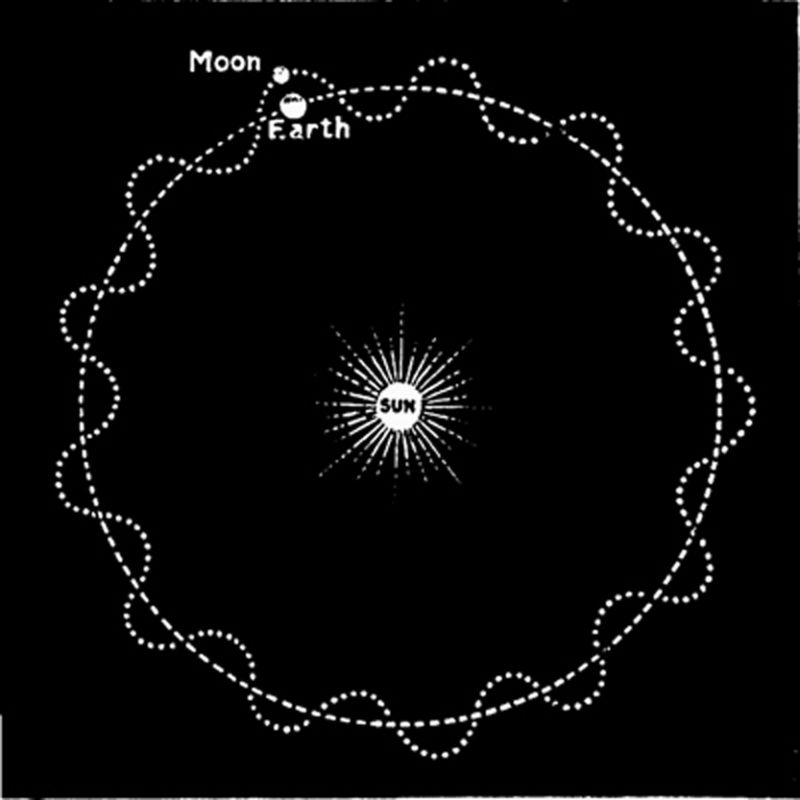 The fact is that the Moon’s movement around the Sun is very much like a circle. You have to look at an extremely small part of its orbit to find the variations. French space artist and astronomer Lucien Rudau shows us how the Moon’s orbit looks like exactly in the following illustration.

Perhaps we can rightly conclude that the Moon’s orbit around the Sun is very little disturbed by the presence of the Earth. What’s more – if our Planet disappears, its companion will continue to orbit around the Star almost the same way.

Why then the Moon is not considered as a Planet? And consequently – Earth-Moon system is not a double Planet?

In other words, no, the Moon is not formally considered as a Planet, despite the fact that it has most of the characteristics describing these cosmic bodies. However, this only shows how contingent nature has the definition of the word “Planet” and how fuzzy the distinctions between the individual objects can be.

Why, for example, a Worlds that are so similar to each other, such as Mercury, Ceres, and Pluto, are considered respectively a Planet, an Asteroid and a Dwarf Planet? At the same time, objects that are extremely different from each other, like Earth and Jupiter, are perceived as Planets? At this stage there are different categories of a Planet – dwarf, rocky, gas giant, and so on. Maybe we need to create one more to include more special cases, like this with our Moon.