British and American scientists have proved that billions of years ago the Earth resembled the modern Titan, a satellite of Saturn with an atmosphere and vast seas, high mountains, rivers, dunes, mists. Everything is like Earth’s, but with one difference: the temperature of Saturn’s largest satellite is minus 180 degrees, and rivers and oceans contain hydrocarbons.

The results of their research were published in the new issue of the Proceedings of the National Academy of Sciences. According to scientists, 2.4 billion years ago, the Earth’s atmosphere, like Titan’s, contained huge amounts of methane – a gas produced by microorganisms, the simplest saturated hydrocarbons.

In the atmosphere of Titan, as well as on Earth, nitrogen prevails. In the air of Titan it fills up to 95 percent of the volume, but unlike the Earth, there is no oxygen. Instead, there is a lot of methane and ethane. Tempering temperatures allow these gases to be liquid and so play the role of the water on Earth. According to astronomers, about 2 percent of the satellite territory (1.6 million square kilometers) is covered with liquid.

Earth in the past has also been rich in methane, but for about 1 million years a large amount of methane has disappeared from our atmosphere. Тhis has caused oncoming of the oxygen into the Earth’s air. Over time, its quantity increased over 10,000 times.

Scientists have come to these conclusions by exploring the sulfur and carbon isotopes contained in geochemical patterns, as well as by creating photochemical models of ancient Earth.

Titan is the largest of Saturn’s 62 satellites. It is almost twice as large as the Moon in diameter and twice as mass. In the atmosphere of Titan there is predominant nitrogen with a methane-forming cloud.

The surface of the satellite reveals a complex relief and water spaces with hydrocarbon. In this celestial body, seasons and climatic phenomena are observed as on Earth. 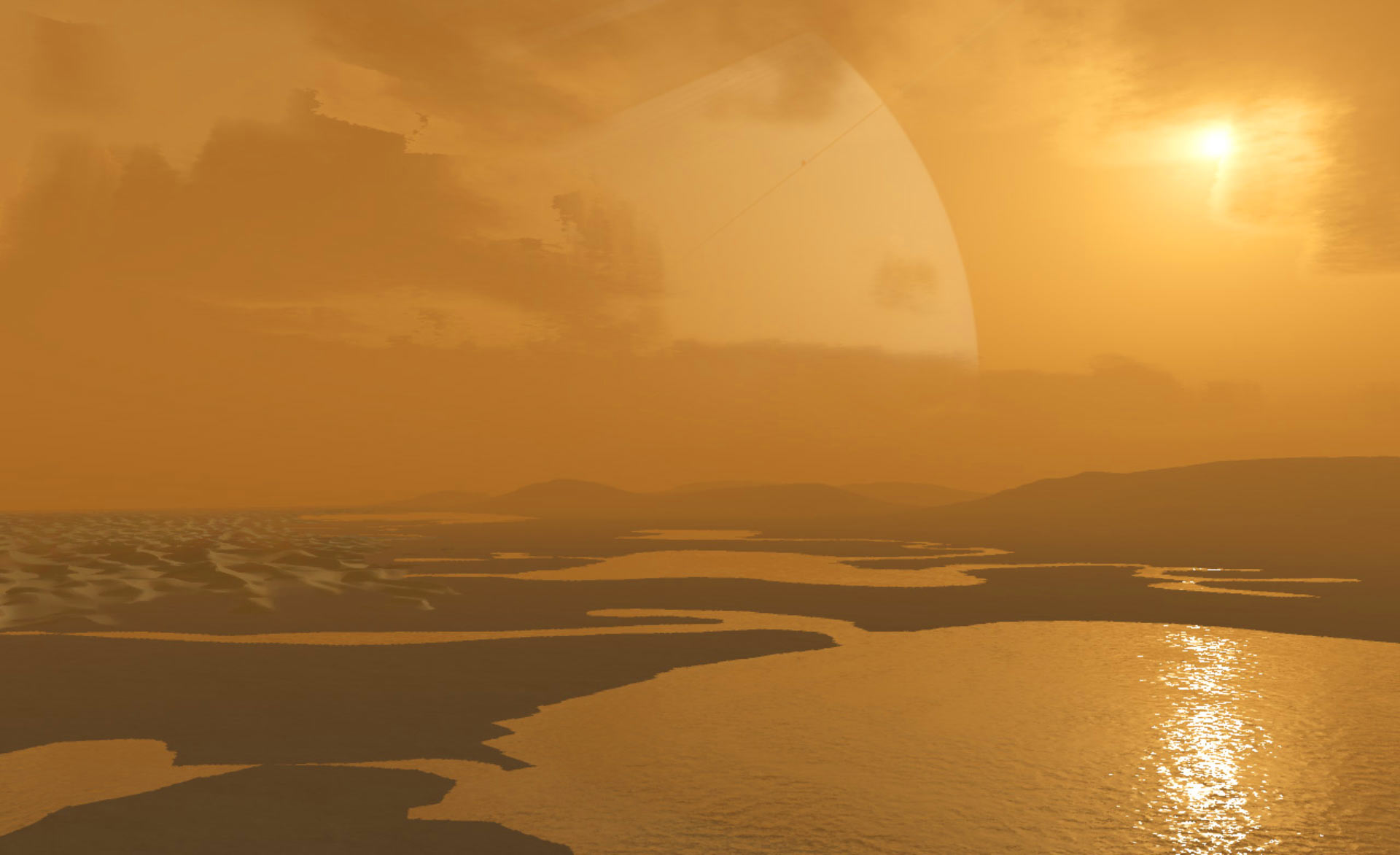